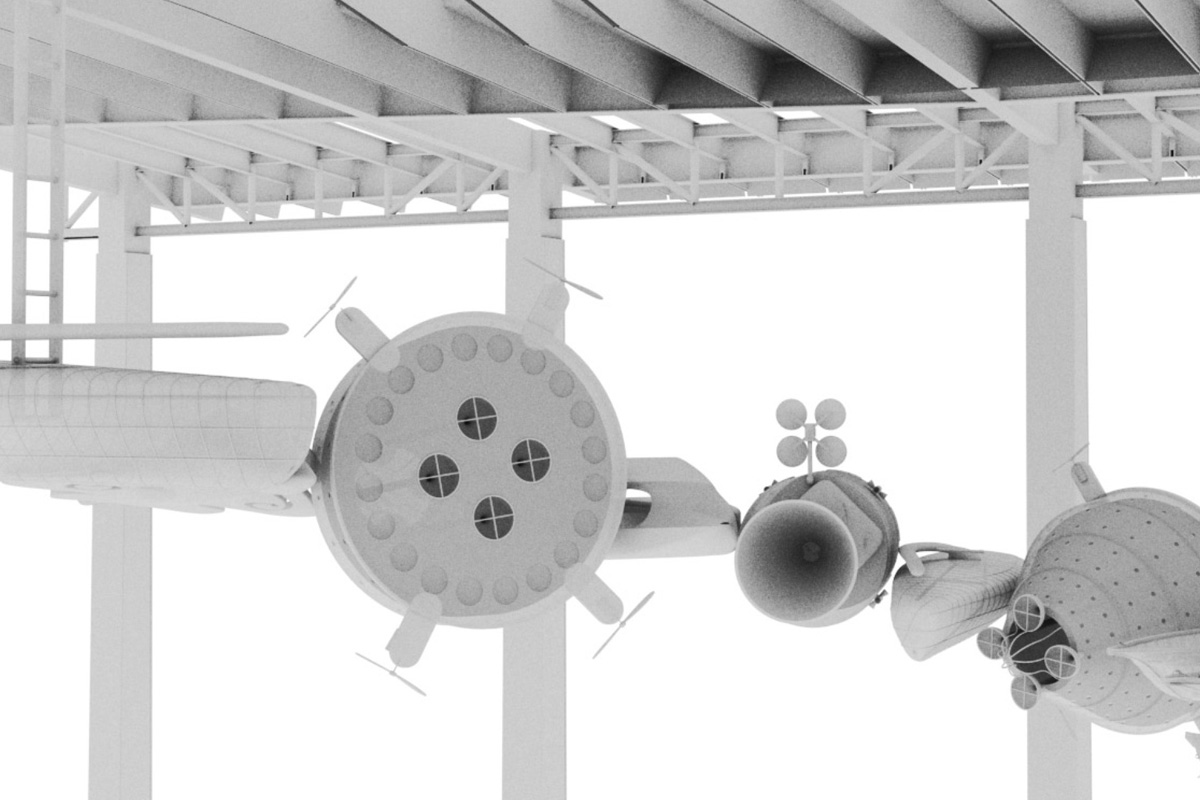 Metro’s Airport Metro Connector (AMC) is a major new multimodal transit hub that will provide a gateway connection between Los Angeles International Airport (LAX) and Metro’s regional transit system. The AMC will connect to the new Crenshaw/LAX Line (currently under construction) near Aviation Blvd/96th Street and is being designed in sync with an Automated People Mover (APM) to be built and operated by Los Angeles World Airports (LAWA). (Read more about the transit project here.)

The Airport Metro Connector (AMC) will feature a large-scale sculpture that welcomes passengers as they move through this multi-modal hub. Artist Glenn Kaino is working in design collaboration with the architecture team of Grimshaw / Gruen Associates to integrate the artwork suspended over the escalators and leading up to the ceiling oculus.

Glenn Kaino The Distance of the Sun (working title)

The Distance of the Sun (working title) consists of a series of vessels, both real and imagined, rafted together in increasing size to create a spiral pathway suspended in the air. Drawing from both contemporary and ancient references, these ships are all inspired by the dreams of spaceflight from every culture across the globe. The final spacecraft is connected to a ladder that reaches up to a circular oculus carved out from the expansive, ribbed ceiling. The ladder seemingly climbs to the heavens, a reference to the short story The Distance of the Moon by Italo Calvino about the memory of a time long gone, when the moon and the earth were so close that one might hoist a ladder from a ship and walk to each celestial body. This work is a meditation on our collective ambitions and our shared hope. It is a question about the possibilities of collaboration, set in a world increasingly about self-preservation. It is a walk to the stars created from our materialized imagination and a bridge to our future created from the designs of our past.

For more information about the Metro Art program, projects in the works, tours, events, publications and artist opportunities: