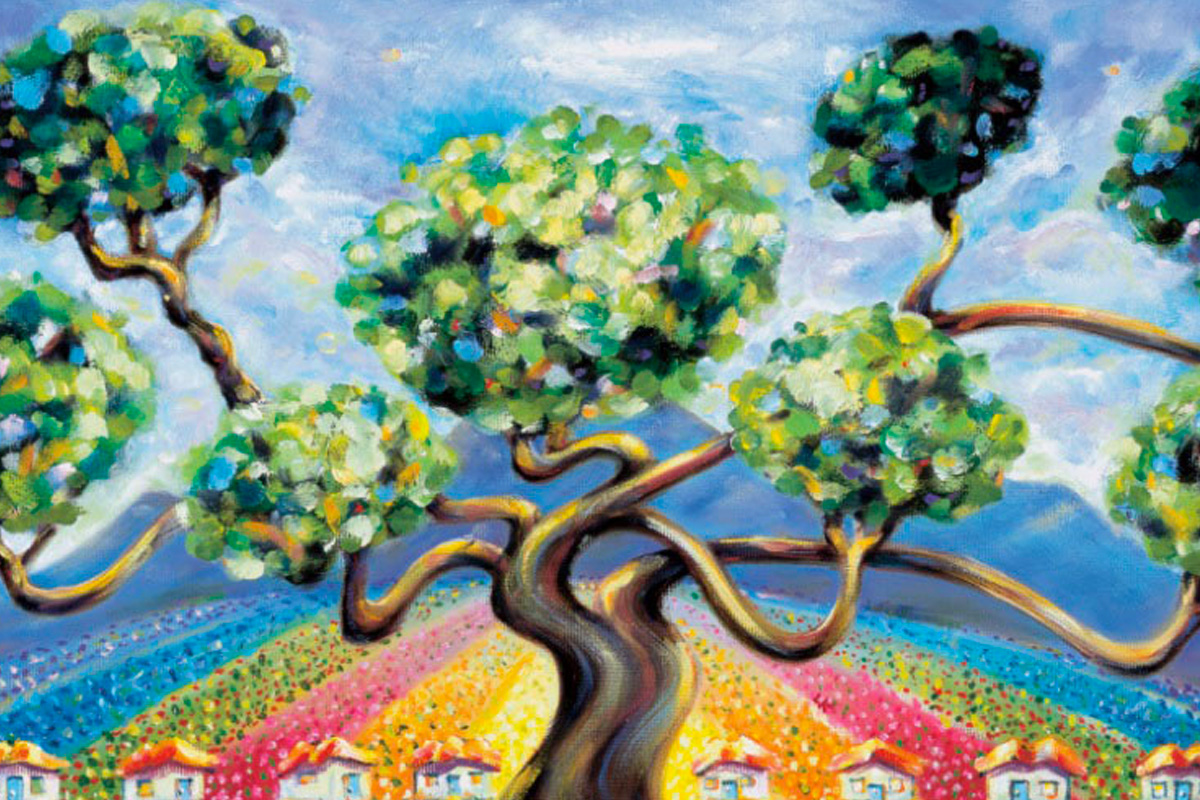 Project Description Sculptural olive trees align the streets along Valley Mall, the city’s bustling shopping district, and reference the original barrios. Flower and strawberry fields lie in the shade of the San Gabriel Mountains. Artist Statement “What began as a mere oasis along the Santa Fe Trail, became the final destination for many immigrants impressed by the undeniable qualities of El Monte. These groups settled in nine separate “barrios” which, over the years, built strong ties with one another, ties that eventually led to collective action in 1933 for improved treatment and wages.” About the Artist LOIS KELLER received a Bachelor of Arts from the University of Wisconsin, has exhibited throughout the United States and has worked as a scenic painter for the Cincinnati Opera and Ballet. Display year: 2006 – Locations: El Monte